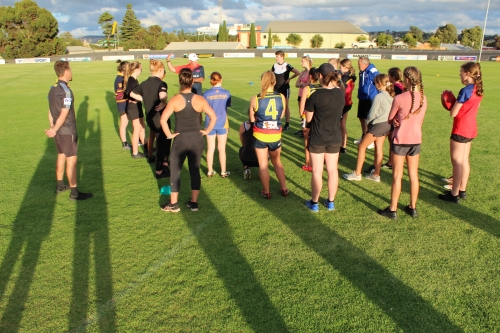 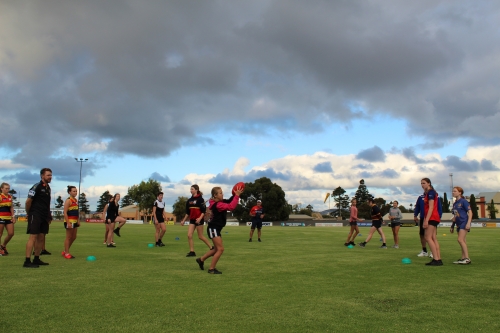 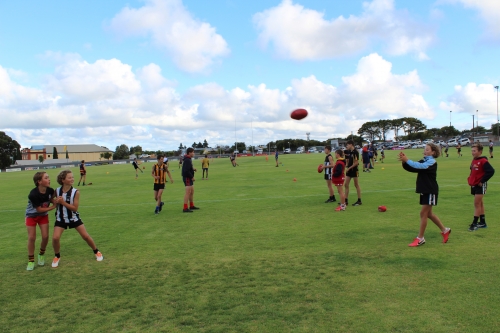 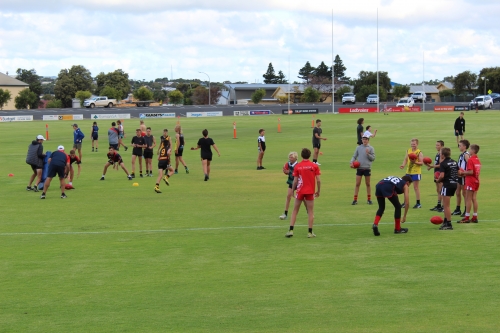 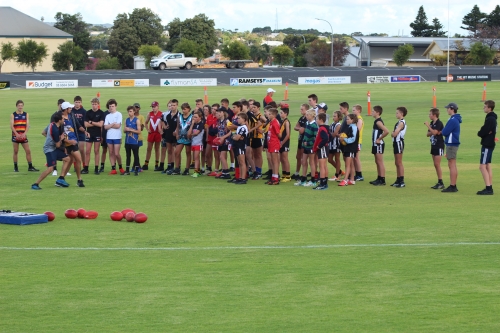 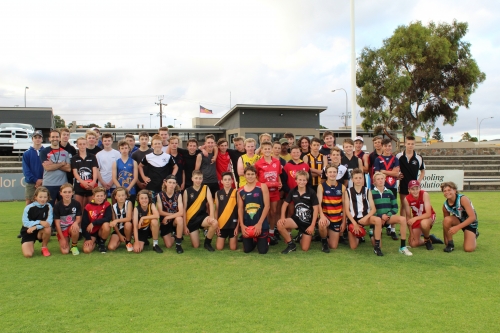 Coaches from Norwood Football Club connected with junior players and senior coaches in Port Lincoln recently, and gave a look at the Eyre Peninsula players to watch in the SANFL in 2021.

The Port Lincoln Football League hosted the Norwood coaches who held development sessions for boys, as well as women at Centenary Oval on January 29.

He said the female footballers who came out had a variety of abilities from those who had played previously to those who had the chance to come and try.

A session was also held involving 10 local coaches having a chat with new Norwood senior coach Jade Rawlings who in turn passed on his own knowledge.

The Norwood coach said one thing he discussed with coaches was about getting young Eyre Peninsula players prepared for playing in the SANFL.

“We don’t want to send players from the Eyre Peninsula to Adelaide and have them not be ready for our program,” he said.

Rawlings said there were a number of players from the Eyre Peninsula to watch for this season, including Tristan Binder and Nick Pedro from Port Lincoln, Jacob Collins from Ceduna, Henry Nelligan and Jacob Kennerley from Cummins and Cole Gerloff from Cleve.

He said Binder would feature as a tall forward while Pedro would be an onballer, while Collins shaped to be a key defender, Gerloff up forward and Nelligan would be around the midfield/forward area.

As for Kennerley, Rawlings said he was determined to improve and make an impact in his SANFL return following his brief stint with Geelong in the AFL.

“The Eyre Peninsula boys had a really good summer and trained very hard,” he said.

Rawlings said Kennerley, who was returning to the club after a stint with Geelong in the AFL, was looking to impose himself in the SANFL and looked keen for another crack at the AFL.

Meanwhile another first year coach is Norwood women’s coach Matt Creeper who is looking to help develop the next crop of potential AFLW players, following in the footsteps of Verran’s Bella Smith who recently made her debut for Collingwood.

“There are certainly players here that can go to that level we just have to unearth them and find those players with potential to provide the pathway to Norwood and beyond,” he said.

Creeper said the club was also keen to see the development of the Lower Eyre Peninsula Women’s Competition, with the 2021 competition set to begin at Centenary Oval soon.

Port Lincoln Football League football operations manager Quinn Dutschke said development was something the league valued and was happy Norwood had been supportive of it since the beginning.

“We’re happy Norwood have been able to come here and support it and hopefully we can see more of this happen in the future,” he said.

Officials and security reserve the right to eject patrons that fail to follow directions.